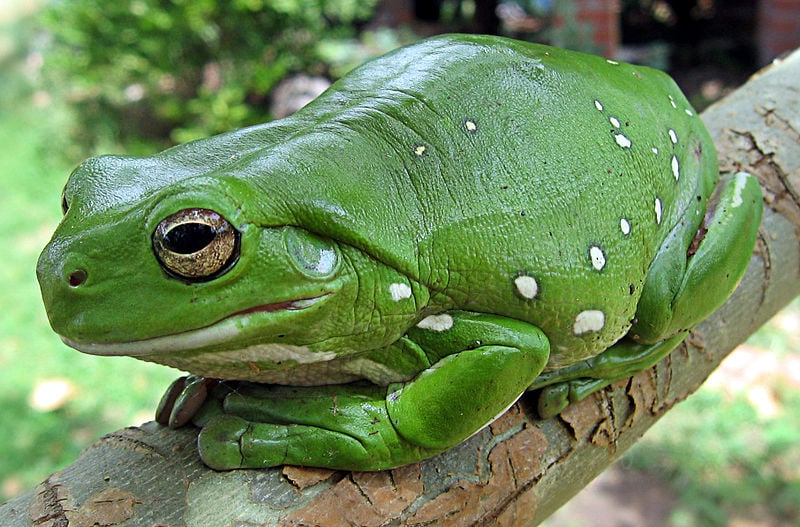 The one fundamental quality shared unwaveringly among all living species is the commitment to reproduction. Thus, remarkable courtship behaviors have evolved among species dedicated to attracting a promising mate. These include distinctive songs, conspicuous display of plumage, bright colors, and bioluminescence and offering of shelter and food. Needless to say, every advertised mating cue poses a certain cost to the individual. The costs can become monumental when these cues inadvertently tip-off competitors as well as life-threatening predators and parasites.

This principle has been elegantly demonstrated in a recent study published in Science by W. Halfwerk et al (2014). The subjects of the study are male tungara frogs, which produce distinct sounds to attract a female mate. The ritual takes place in shallow ponds of water where several male frogs gather at night and try their best at winning a date.  A byproduct of these mating calls is the production of discernible ripples in the water, begging the question-are these ripples perceived as additional mating cues?

Thus, Halfwerk and team tested the effect of ripples on male-male competition as well as on predation by frog-eating bats.  To test the effect on competition, the team created an experimental set up where a male frog was exposed to either a combination of call sound and ripples or ripples alone or sound alone. The resulting observation was that male frogs responded aggressively to the combination of sound and ripples by more than doubling their own call rate, when compared to their call rate with sound alone. Moreover, males did not respond to ripples alone, implying that the ripples had to be associated with a call sound in order to be perceived as a rival cue.

Frogs prevent predation during courtship by ceasing mate calling in response to any sign of predators such as bats. However, the ripples from their calls linger in the water for a few seconds even after call cessation. Thus, to test the effect of these ripples on predation, Halfwerk and team used two pools of shallow water, each fitted with a robotic frog and acoustic sound, mimicking mating calls. The experimental pool also generated ripples, while the control did not. In this scenario, the team observed that bats strongly preferred to prey on frogs that displayed sound and ripples, in comparison to frogs with sound alone, rendering the defense strategy of frogs of ceasing mating calls ineffective against predation.

The study highlights the selective pressure imposed by competition and predation on the evolution of elaborate courtship behavior. The individuals seem to need to strike a healthy balance between being highly elaborate and conspicuous to provoke attraction in a suitable mate, while remaining subtle enough to avoid getting noticed by predators.

It would be interesting to also test the effect of the ripples on female frogs in this system. Do they prefer frogs associated with sound and ripples more than the ones with sounds alone? Does this preference hold up even in the presence of predator cues? These follow-up questions would provide even more insights into the complexity of intra and interspecies interactions in nature.